SO MANY TWISTS AND TURNS THIS YEAR

Having just completed the first nine months of the year, the results as of the end of September are substantially different from what they were earlier this year.

For the first time in many years the market is experiencing a BALANCED market and this should be great news to everyone!

The real estate market in OAKVILLE, BURLINGTON, MISSISSAUGA and MILTON which peaked in the spring, appears to have slowed down throughout the summer. Our local markets have stabilized and are generally seeing slight price increases.

If Vancouver is an indicator then we should continue to see improvements into next year.

Here are SEPTEMBER 2017 stats taken from the Toronto Real Estate Board (TREB) for Oakville, Milton and Mississauga, while the Burlington statistics are from the Realtors Association of Hamilton and Burlington (RAHB).

PRICE
The positive price results compared to last year continued in September, with all areas running ahead for AVERAGE price, and Milton was the only city whose MEDIAN price dropped slightly compared to September 2016. Sale prices vary based on area and whether we look at the Average or Median prices.

LISTINGS
All cities ended September with substantially more listings than a year earlier, and in Milton by over 100% more listings.

You’ll also find below the video TREB Market Watch SEPTEMBER 2107 by Jason Mercer, Director Market Analysis in which Jason discusses why we have seen such changes in the real estate market.

Here are the individual sales results by city. 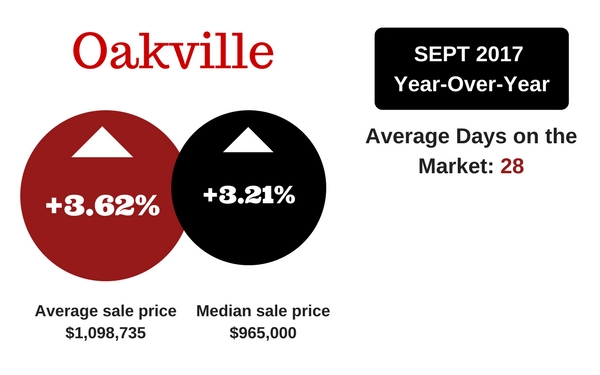 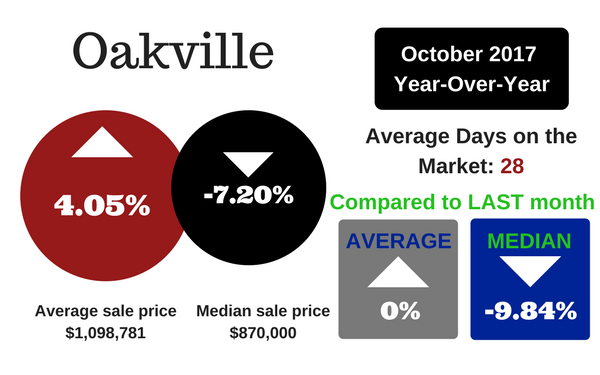 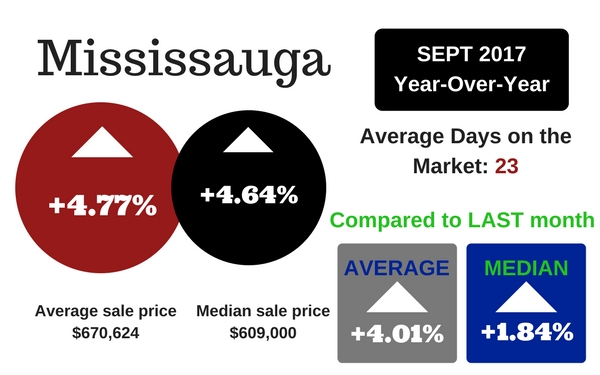 More than ever it is critical that both buyers and sellers keep informed of the current local real estate market conditions.  Therefore, if you are exploring the idea of buying or selling a home in Oakville, Burlington, Mississauga or Milton, ON, call or text Lisa Lanoue at 905 616-4204 today. If you would like to receive listings for specific areas you can set yourself up on my website. Follow me on Twitter or like me on Facebook and stay informed.